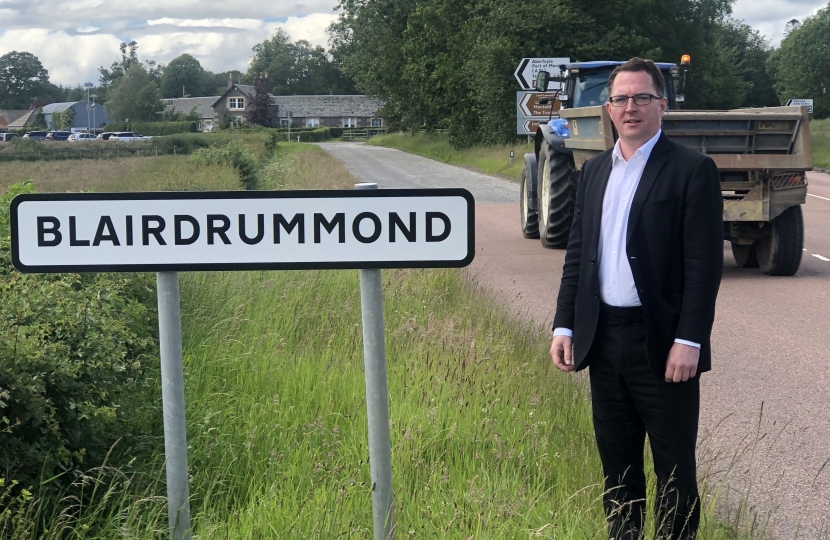 Local residents are concerned about the number of serious accidents and near misses at the junction of the A84 near Blair Drummond Safari Park. Local Scottish Conservative and Unionist representatives Stephen Kerr MP, Dean Lockhart MSP, Councillor Martin Earl and Councillor Jeremy McDonald have been contacted by many constituents who want to see something done about this problem.

Earlier this year, Transport Scotland released a report into various options for road safety improvements. The report concluded that the best option would be a roundabout that incorporates the A84 and A873. Disappointingly, Transport Scotland have reaffirmed that their stance that the introduction of a new roundabout is not a priority at this time and does not, in their opinion represent value for money.

Local Conservatives disagree with this assessment. The local community are clear that they want to see the junction upgraded as soon as possible. Local Conservatives are calling on Transport Scotland for urgent action to address this problem and want them to implement the recommendation of their own report that would deliver the best road safety outcome and to install a roundabout incorporating the A84 and A873.

I support a roundabout at the Blair Drummond junction.